Today I’d like to highlight a fundraiser for a very special person, and that is Tommy Donbavand. Tommy is currently battling with cancer and because of this he’s had to cancel such events as school talks from his calendar. As you can imagine, this is a primary source of income for Tommy and his family and being unable to attend events such as these while fighting his illness is having a huge impact on his day to day life.

The purpose of this blog tour is to raise awareness of Tommy’s illness and help to raise funds to help him out. If you would like to donate and help out, here’s the links you’ll need for more information: 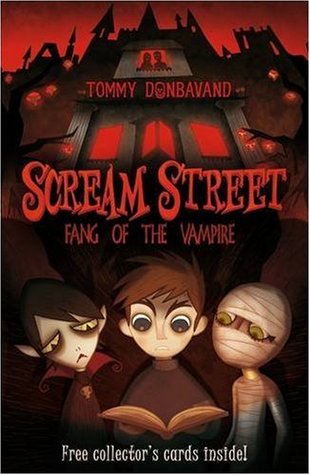 Luke and his parents have found Scream Street to be a nightmarish world of the undead. Collecting six relics left behind by the founding fathers of the community is the only hope of opening a doorway out of the street, so with the help of his friends Resus and Cleo Luke sets out to retrieve the first item.

When Luke’s family is whisked away to the mysterious Scream Street, Luke panics. Understandably so when Scream Street is inhabited by creatures such as vampires and mummies! As if being a werewolf wasn’t bad enough, now Luke has to live in a street full of dangerous creatures all the time and he’s not sure how his very human parents will cope.

It’s not all doom and gloom though, Luke quickly makes friends with a deadly vampire and daring mummy and together, they try to find a way to get Luke and his parents back to the human world. A devious landlord is the only thing standing in their way and they’re about to fight back.

This book has everything to excite a young child’s imagination and I was sucked in straight away! Luke and his friends make for quite the trio and their adventures were a whirlwind that swept you up, spun you round, and kept you going until it was over. I couldn’t put it down and I can’t wait to continue reading the series to find out what happens next.

Fang of the Vampire is the perfect introduction to what I’m sure will be an edge-of-your-seat series! 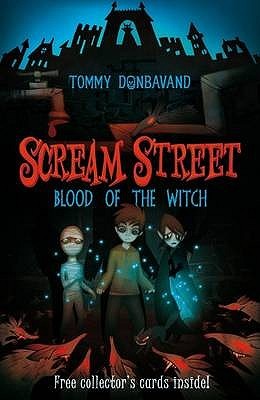 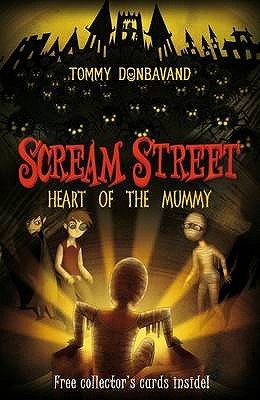 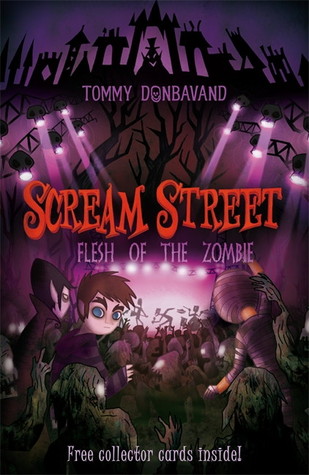 And even more! Find the whole series on Goodreads here. 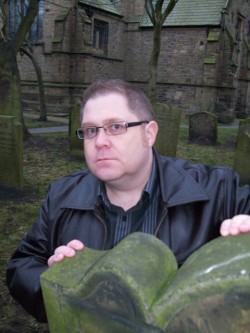 Tommy is the author of the popular 13-book Scream Street series for 7 to 10 year olds, published by Walker Books in the UK and Candlewick Press in the US. His other books include Zombie!, Wolf and Uniform (winner of the Hackney Short Novel Award) for Barrington Stoke, Boredom Busters and Quick Fixes For Kids’ Parties (How To Books), and Making A Drama Out Of A Crisis (Network Continuum).

In theatre, Tommy’s plays have been performed to thousands of children on national tours to venues such as The Hackney Empire, Leeds City Varieties, and Nottingham Playhouse. These productions include Hey Diddle Diddle, Rumplestiltskin, Jack &amp; Jill In The Forgotten Nursery, and Humpty Dumpty And The Incredibly Daring Rescue Of The Alien Princess From Deep Space. He is also responsible for five episodes of the CBBC TV series, Planet Cook (Platinum Films).

As an actor, Tommy played the Clearlake MC in the West End musical Buddy: The Buddy Holly Story for over eight years, in addition to roles in the movies Zombie Love Stories (where he battled hordes of Scottish undead) and Going Off Big Time (where he was beaten up on a bouncy castle). A veteran of pantomime, he has portrayed just about every comic character from Abanazer to an Ugly Sister.

Tommy lives in Lancashire with his wife and two sons. He is a HUGE fan of all things Doctor Who, plays blues harmonica, and makes a mean balloon poodle. He sees sleep as a waste of good writing time.

Please do join us on Twitter at the end of the month (June 30th) for a Twitter chat from 8-9pm (GMT). We’ll be using #tommyvcancer

Be sure to check out the other stops on the tour to see more great reviews of Tommy’s work and also a few giveaways too! 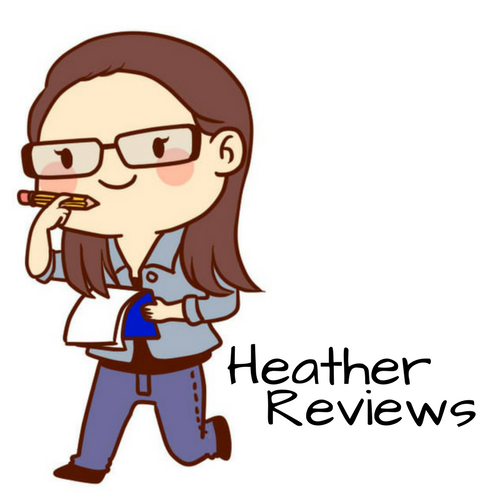